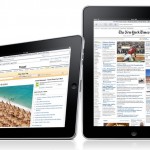 Last week Apple banished a bunch of raunchy pictures from its iPhone App Store. As Apple rolls out the iPad later this month, and media companies support the frenzy with iPad apps and subscription services designed for it, that leave us all to wonder what other content, speech or ideas might be kicked out next.

It’s more than an academic question: Apple could become the middleman-of-choice for the publishing business, much like it did for the music industry. Magazine and newspaper publishers who have long fantasized about the day when a digital tablet device could take the place of ink on paper – and sustain the businesses built around text and images – are lining up to roll out sparkling new iPad editions.

The App Store, which can manage transactions for paid apps and serve as a powerful distribution gateway and marketing vehicle to promote best-sellers and favored partners, has strong appeal for magazine and newspaper publishers eager to create new revenue streams and train people to pay for digital content.

This leads to some practical and ethical questions for media companies – and for journalists who work for them. If news companies become business partners with Apple, and they see a strong business interest both in the iPad’s success and the App Store’s approach to content distribution, you have to wonder:

Of course, media apps could fail and the iPad could still wind up as a game-changing device – you won’t need the App Store to view web content through the iPad’s built-in Safari browser.

Yet publishers seem to think that love for the iPad, inheriting and expanding on consumer love for the iPod and iPhone, is going to trickle down into love for digital news apps sold through the App Store.

The scenario implies that Apple will exert extraordinary power to decide which publishers thrive in an iPad app world, and which never make it there in the first place.

So just as the marketing frenzy over iPad everything simmers to a blowout product launch later this month, an alternate narrative is drifting through the net.

When to be worried:

When big pieces of our culture flow through one company’s servers. And when suddenly, that company takes an interest in the ideas that are expressed in that culture, shutting off certain ideas, without explanation, without answering questions.

Apple is a strange and dastardly company which, sooner rather than later, we’re going to regret pledging our allegiance to. The latest bit of no-good business is its arbitrary censoring of iPhone apps. This may be piddling, but it’s obviously part of the major control-freakishness that has always lurked below the surface in Cupertino, but which has now become broad-based corporate policy.

We’ll chat about the dark and glorious future of the iPad, paid content and media companies with Michael next week at We Media Miami. We’ll also chat, later the same day, with Associated Press CEO Tom Curley. AP announced last week that it’s launching AP Gateway, a service that will allow AP to sell articles and video through iPads.

[Disclosure: AP is a We Media Miami sponsor and consulting client and a global partner of iFOCOS]