Ashton Kutcher punked: We are a virus. 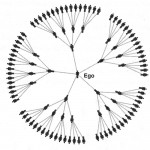 If Ashton Kutcher’s 4.5 million Twitter followers make you feel inadequate, I’ve got good news: scientists investigating social networks have punked the “influentials” theory that drives celebrities to the top of the charts.

Aplusk, who boasts that he’s bigger than CNN, is apparently overrated. A new study finds that the importance of most influential spreaders in a social network does not correspond to the best connected people or to the most central people. Which means well connected celebrities and organizations may have less influence over the spread of valuable information than we give them credit.

Exploring the impact of network science on the spread of information as well as the spread of viruses, Maksim Kitsak at Boston University and a cross-disciplinary team of scientists dismiss e-fluentials, viral marketers run amok, and tipping points. Marketers have spent billions promoting these concepts, including Influentials Theory, which spins the notion that influential people matter more than others. It is also the premise behind Malcolm Gladwell’s best-seller, The Tipping Point.

Duncan Watts, one of the pioneers of network science and now the principal research scientist at Yahoo!’s Human Social Dynamics Group, has long been skeptical of the marketers and the pop sociologists. Watts, the author of Six Degrees: The Science of the Connceted Age, has developed a new technique for propagating ads virally, which can double or even quadruple the reach of an ordinary online campaign by harnessing the pass-around power of everyday people and ignoring influentials altogether.

Less-connected people who are less strategically placed can have a significant effect of the dissemination of information, Kitsak’s research team now finds. They discovered that the location of an individual within at a hub of a network can make them more central to the flow of information. The finding seems to support both the random nature of communications networks as well as the value of geography or local knowledge in disseminating information.

Incumbents with historic ties to geographic communities might see an advantage in this ecosystem. More likely it could further disintermediate the flow of information from traditional hubs. Look at the connections from Luis Perez, who posted his Facebook connections on Flickr. Now consider there are more than 70 million Facebook users like Luis. 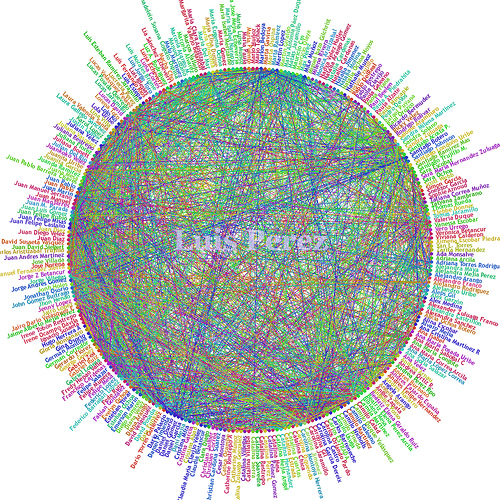