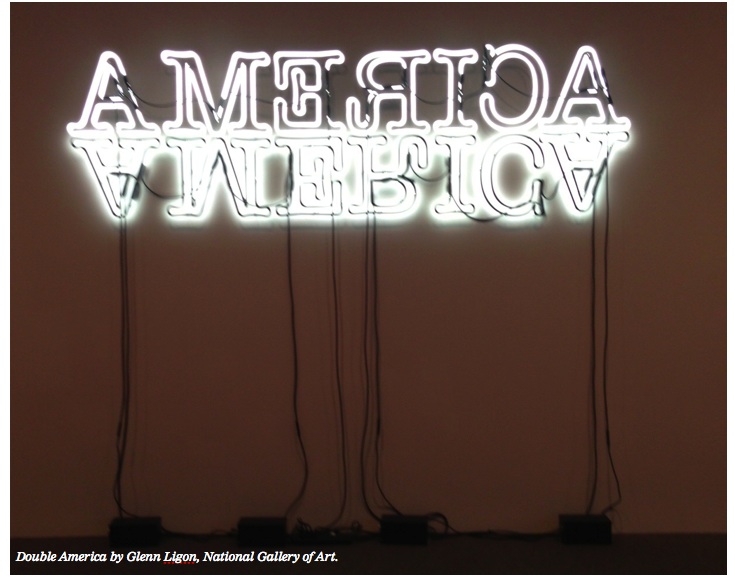 Washington may be a dysfunctional place to govern, but it’s working better than ever for ingenuity. Unless you happen to follow TIME magazine.

Discoveries and solutions impacting virtually every aspect of contemporary life owe in some way to the decisions, support, policies and funding by government and Washington’s community of inventors, researchers, developers, change-makers and entrepreneurs. So you’d think TIME’s workshop on the future of invention in the nation’s capital would stir TED-like fervor, attracting a few thousand enterprising innovators willing to pay $5k or more just for an invitation to attend.

I was one of about fifty people who attended TIME’s free “Future of Invention” at the Newseum. Two flights down, more people paid $22 to see the Ron Burgundy exhibit. Was that the Anchorman asking “Where IS everyone?” TIME’s poorly attended event left other vexing questions about the future and its enemies:

— Can anyone in this town talk about something other than Healthcare.gov?

— Has traditional media such as TIME lost its authority to convene a meaningful audience on inventing the future?

It was the latter. I would have been embarrassed for TIME if its editor-moderators-organizers weren’t so lame. Once a marketing powerhouse, TIME couldn’t disguise a clumsy attempt at promotion with a let’s-hold-a-conference idea that was almost as bad as its social marketing strategy: “My boss is counting how many tweets I get, so please tweet me …. ” editor-moderator Tim Weber pleaded.

I expected more. TIME turned invention into a parlor game with its annual list of inventions, a poll that returned obvious responses and shallow reporting on what the act of invention requires. I would have settled for slivers of insight or inspiration at the workshop. But the traditional media penchant for editing things down instead of lifting them up managed to spoil even the best of the program, an interview with master inventor-storyteller Dean Kamen, best known for inventing the Segways that speed tourists past the monuments on the National Mall.

Washington deserves more. True, it is a distracted city. Automated budget cuts known as “sequestration” and Healthcare.gov have given the city a bad rep in invention as well as politics. Luddites, Congress and the Tea Party currently make investments in betterment sound irresponsible. Fortunately, the markets are endorsing a more enlightened approach to the future, led by investments in technological innovation. The current bounce in the stock market derives from the innovation dividend — the reward that enterprising companies reap from addressing social needs with business strategy.

Let’s pause to make the important distinction here. Invention is seeing what others don’t then solving a big problem. Innovation is incremental improvement that makes inventions work better for more people. We need both innovation and invention to advance society.

Washington is good at that, particularly with the welfare, health, defense and business of the nation and its citizens in mind. Just a few examples:

— The Defense Advanced Research Projects Agency (DARPA), an agency of the United States Department of Defense, is responsible for the funding and development of military technologies that have had a major effect on the world including computer networking, the first hypertext system and an important precursor to the graphical user interface.

— The National Institutes of Health are leading the largest collaborative biological project ever — the Human Genome Project — to provide new avenues for advances in medicine and biotechnology that diagnose, treat and cure disease. NIH has also launched a major initiative to improve how basic science advances and discoveries are translated into commercially viable products that improve patient care and advance public health.

Much of the government funding flows to established companies that have cultivated highly-profitable relationships with government agencies over the years. But not all. The Small Business Innovation Research program, coordinated by the Small Business Administration, devotes 2.5% of the research budgets of all federal agencies — or about $1 billion — to grants to small-business innovators. Over half the awards are to firms with fewer than 25 people and a third to firms of fewer than 10.

Today, invention gets down to business in Washington. Once a town whose bright stars were government leaders, the nation’s capital has become a moneyed metropolis where entrepreneurs amass wealth by doing business with or through the government. Over the past 20 years, an influx of deep-pocketed CEOs, executives and company founders have helped drive the transformation of Washington from a government town into a go-go district with the most highly educated and affluent residents in the country. With talent and funding, a generation of doers and dreamers here are inventing the technologies for fields such as biotech, personalized medicine, robotics, personal manufacturing, cybersecurity, telecommunications, cloud computing and data mining.

People now come to this town to get rich, not to serve in Congress. The Washington Post, now owned by a pretty good inventor-entrepreneur, is currently running a series on how the “stealth elite” is getting rich from Washington’s new game. The military’s computer-game drones that strike targets in Afghanistan have just been made uncool; Jeff Bezos’ drones will deliver packages from Amazon to our doorsteps. Let’s hope he has something as inventive in mind for The Post.

From our perch in the Capital District’s technology corridor, We Media follows dozens of organizations — corporations, startups, governmental and non-governmental agencies — applying ingenuity to the most challenging pressures and problems of our time. Among them are the nation’s largest community of scientists, researchers and mobile-software developers.

For all its current dysfunction, Washington inspires the ingenuity of America. No country in civilization has enabled so much for so many. Current directions enable individuals to lead healthier and more fulfilling lives.

The most important parts of life and business are not planned, they’re serendipitous accidents. The future is not a contrite narrative but a quagmire of emerging ideas. The quest is in how to navigate this turbulent pool and find the kinds of ideas on which companies, entrepreneurs, communities, nations and indeed, life itself, thrive.

Almost nothing has been invented yet. For us that’s more than a mantra, it’s a mission. As part of our research and publishing agenda we’ll continue to report on game-changing and world-changing ideas and inventions. Stay tuned.

Even better, join us. If you’d like to provide reporting, analysis, photo stories or videos to We Media, contact us.