Four years ago, a handful of of bloggers received credentials to cover the Democratic National Convention. The controversial credentials, opposed by MSM, were mocked as gimmicks.

Silly, we opined back then, because nearly everyone attending the 2008 conventions would be a blogger.

Our forecast is at hand. This will be the most blogged, v-logged, streamed, and photographed convention in the nation’s history. Bloggers, video-loggers, and even party delegates will provide their take on the events at the DNC. So will the candidates, the campaigns, the networks and traditional news media.

Reticent in the John Kerry days, the DNC is encouraging independent-spirited coverage of its convention with the wired-savvy Barack Obama as its candidate. The Democrats are providing video-uploading stations for v-loggers in the convention hall and also plan to communicate with and ask for feedback from attendees with text messages.

Everyone is media in Denver. Most reporters will post blogs and videos before they file stories for their newspapers or broadcasts.

As more than 10,000 news media representatives converge in Denver, financial pressures have forced most to scale back, team up and load up online. MSM has found religion; no criticism of bloggers or opposition to them this time around. Blogging is mandatory; reporters will Twitter and shoot video. Many will rely on local delegates to blog and take photos. But many local newspapers and broadcasters are staying home, a sign of decline and of misplaced reasoning about what is “local.”

The homies may not miss much, as Everyone is taking their place. Threat Level — Wired’s blog network on privacy, security, politics and crime online – has a list of the gadgets and reporting equipment that everyday folks are taking to Denver.

Here’s a close-in prediction this time around: With a paucity of real news from a staged event that is more infomercial, carnival, pep rally and office party than political process these days, thousands of people will be looking to capture a You Tube moment.

Here’s hoping the promise of We Media will be realized with occasionally insightful reporting from a world of reporters — even as CNN takes over a local tavern, formerly known as Brooklyn’s, where the real politics are debated. 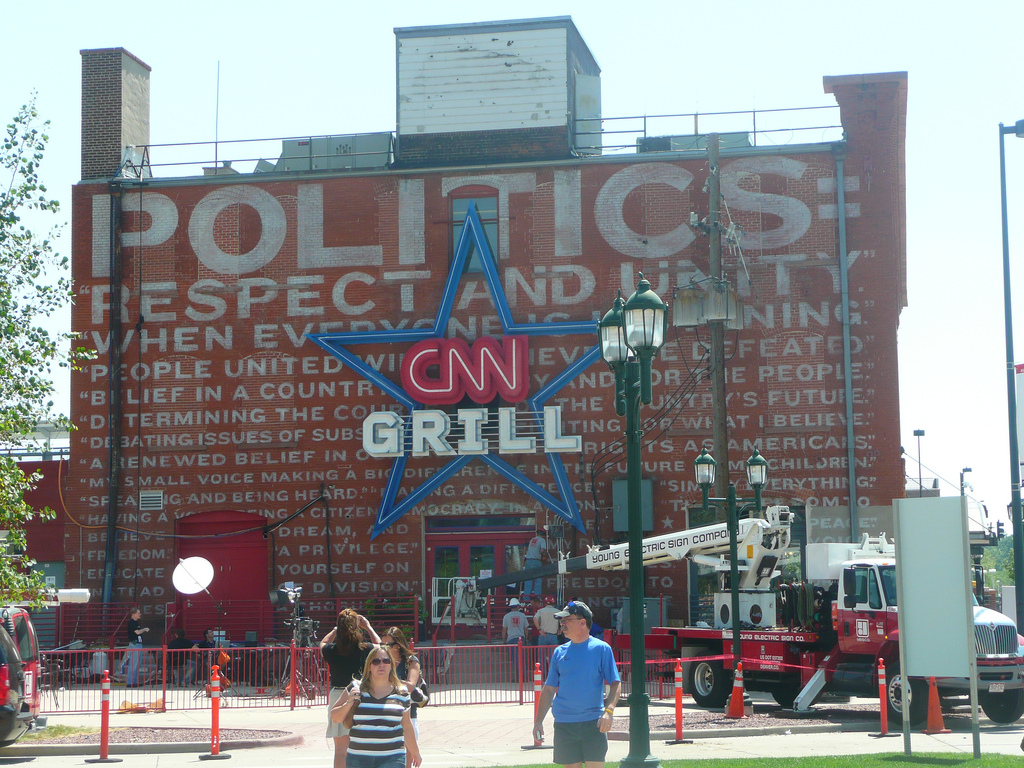