Copenhagen: It’s the future of news 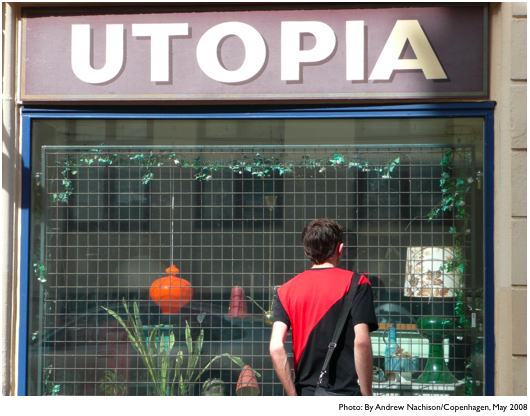 The UN Climate Summit revolves around whether or not the world’s national governments can agree to goals, rules and meaningful collaboration to prevent the planet from overheating. The climate story involves science, statistics, economics, business, finance, diplomacy, governments, laws, politics – a perfect storm of journalistic complexity married to the dark arts of spin and power – with monumental consequences. More crudely, I’m also curious about what’s really going on in Copenhagen. A two week conference? Seriously?

The climate talks are important. So is the public’s understanding of them.

What’s extraordinary about the news and views coming out of this year’s climate summit isn’t that they are social, multimedia or online. Of course they are. That’s expected.

But we’re also seeing, clearly and on an unprecedented scale, the chaotic and competitive clash of interests among our news and knowledge sources. Meaning: Among ourselves. Murdoch vs. Google, or vs. Sulzberger, is quaint, and the old bloggers vs. journalists trope from the earliest We Media debates seems like baby talk compared to the Dupont vs. Coke vs. Greenpeace vs. GE vs. Microsoft vs. Save The Child vs. Guardian vs. News Corp. vs. Chevron hailstorm that’s raining down on us from Copenhagen this week and, soon enough, from everywhere about everything. Now it’s everyone vs. everyone.

Copenhagen illuminates the rising tide of everyone as media – We Media in its deepest, most difficult sense – and the challenge and responsibility we’ll face to curate and judge the truthiness of news as fog – enveloping us in a shroud of data, images, stories, information, misinformation, disinformation.

With the exception of Google, the connected society isn’t shaking out or slowing into something stable, predictable and manageable. Our systems are not resolving around a small set of institutions that will dominate the others, and us. It’s exploding into something expansive, radical and challenging – a roiling kettle of voices, interests, angles, interpretations, recommendations. Some may be bigger, some louder, some better financed, some familiar, some obscure – but they’re all in there, boiling.

Take a tour of assorted signals for news, information and commentary about what’s going on in Copenhagen this week. Take your pick first from your favorite news providers, whoever they are. You could, for instance, get your fill from The New York Times, The BBC, The Guardian, or get closer to the action with Denmark’s Politiken. Want news with a green tint? Try Treehugger, Grist or 350.org. Or get a blogger’s perspective, or follow #cop15 updates on Twitter.

But they also reveal the caution, care and critical judgment we’ll need to apply, as individuals, to ensure we trust our new information partners, and the wide-open field for innovation that might help us precipitate the fog of news into a narrower stream of knowledge.

Here are four other outposts that, when considered as a group, illuminate the expanding universe of news.