Doh. I just laid off my business model

Each day brings another story 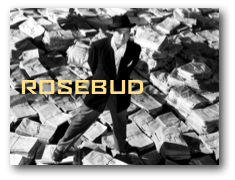 that publishers are lurching to the business model that will save newspapers: charging for online content. Yet, each day brings news of additional buyouts and layoffs in newsrooms. Sometime soon, the publishers are going to figure out the next problem: they neither have enough good content that’s worth selling nor sufficient talent to produce it.

Over the past three years, newspapers have shed 27,000 jobs, many in newsrooms, including more than 9,000 jobs so far this year. Consider the assets they’ve jettisoned: the very people who are accomplished at producing high-value content that could be monetized under pay-for-content plans. What other industry would reduce the one asset, the one investment, that differentiates them?

Let’s do the new math in the new world of paid content. Say each of 27,000 laid-off newsies was capable of producing just one story of value per week. That’s 1.4 million stories. Now let’s iTunes those stories, just the way the publishers would like, selling them for a one dollar. If just one person would buy a story for a buck, then publishers lose $1.4 million in potential revenue from those stories. But a market of one doesn’t make a newspaper, nor does it reflect the really big, Google-like numbers that publishers think they’ll get on the Web. Jack the market to only 2,000 paying customers for one story a week, and you’re looking at $2.8 billion in lost revenue from the people you just laid off. At only 10,000 customers — the size of a small weekly newspaper — that’s $14 billion in lost, potential revenue if you take the formula forward. And at Google-like numbers in the hundreds of thousands or millions, then, well, you’re talking about real money that you’ve let get away.

Once again, publishers are about to learn new realities from the Internet. The first is that you can’t produce enough content to supply it. The second is that the content you do produce probably isn’t worth what you think. The third is that the competition is fierce: many of those 27,000 journalists you trained, then fired, are now working against you on their own sites.