Flipboard gets the finger, needs a hand

One way or the other, Flipboard will make you flip. The new Pad app is either the personalized, social magazine you’ve been waiting for. Or it’s just another slick, content thief that fails to deliver on a fresh promise.

At first flip, Flipboard is stunning (you have to download the app; the website is a brochure). The free app renders links from top tech and social media sites into a well-designed, magazine-style layout. Flip through content with a flick of the finger. The content-at-your-fingertips interface is intuitive, functional and fun — yet another incremental advance in haptic, information design based on human gestures.

Touch screens, the iPad and trackpads move us closer to Minority Report.

But Flipboard is off to a shaky start. The app exhausted capacity within a few hours of launch. Flipboard’s big idea — creating sections for the news that my networks and friends are sharing — fizzled at the start.

I couldn’t add either my Twitter and Facebook accounts. Rather, I was instructed to email Flipboard for an invitation to add content. The shortcomings of the launch made me and other customers cynical.

Without personalized feeds, Flipboard is just an elegant aggregator: a leap forward from Internet sites that look as if they’ve been assembled by computer, which they are, or shoveled by news organizations into a new ditch. Flipboard feeds display-content into images and extended briefs that link to original content. It leaves the impression that content gets love, that it is curated, redesigned or re-edited with care.

Incumbents are staking out traditional ground. After its impulsive tech writer praised the Pulse News Reader, a visual browsing app, The New York Times forced Apple last month to remove Pulse from the App Stores for infringing on its rights. 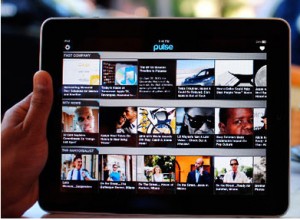 The app, a $4 download, was reinstated after Times feeds were removed.

The impressive part about Flipboard, as well as Pulse, is that it applies a beautiful, interactive metaphor to news access, an alternative to the old syndication standby, RSS. RSS pulls original content and formatting from simple, authorized feeds. Traditional providers embrace RSS because they believe it extends distribution of content prepared for another medium by sending users to their destination sites — which happens only some of the time. Flipboard is just one of a new breed of “feed readers” that ditch the visible plumbing of RSS for their own content scrapers. Those scrapers translate content into visual nuggets that fill the nutritional needs of most news consumers on the Internet. The issue is whether they’re fair.

“Fair Use” — the principal that guides usage and linking to original content — remains the force majeure of the Internet. Aggregators and indexers such as Yahoo! and Google have stretched the limits of fair use on one of the fronts of the unholy war with content providers. It’s a war they’re winning. The weakened providers have settled for a truce that grants them pageviews from links and RSS feeds. But where traditional news providers have largely capitulated in the interests of survival, the new breed of Internet-only news providers are beginning to take exception. One of them, the technology weblog Gizmodo, even questions whether Flipboard is legal: “Flipboard … has a problem: it scrapes websites directly rather than using public RSS feeds, opening it to claims of copyright infringement.”

You can read that sentence in the digital version of Wired, which licenses content from Gizmodo, which supplies content to Flipboard. Presumably, you’ll soon be able to add feeds from your Twitter and Facebook friends linking to the Gizmodo story that appeared in Wired that was picked up by The New York Times and distributed through its RSS feed.

Flip to the next page. 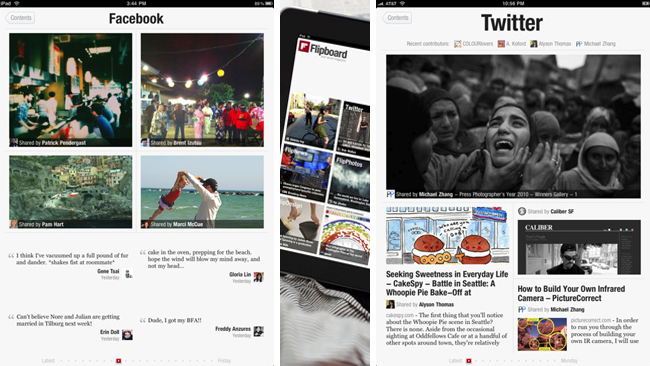