Google’s museum is in eye of the beholder 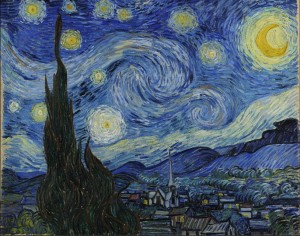 The next exhibit in the Museum of Next may be its next museum. Take the tour at Art Project, now online.

Google has scanned more than 1,000 masterpeices from prominent art museums around the world and brings images of the artworks to computers via the Web. Visitors have the option to look so closely at the digitized works that the artist’s paint strokes are visible on texture of canvas.

Art Project creates “virtual” galleries that museums have been exploring for years. The collaboration with Google is a breakthrough in making digitized masterpieces accessible to all. Museums collaborating with Google include the Metropolitan Museum of Art, the Museum of Modern Art and the Frick Collection in New York, the Smithsonian’s Freer Gallery of Art in Washington, the Tate in London, the Uffizi in florence, Museo Reina Sofia in Madrid, Palace of Versailles in France, Museum Campa in Prague.

The breakthrough came from Google’s “20-percent project,” a business practice that encourages employees to spend twenty percent of their work time on projects that interest them. Amit Sood, who headed the project, said in blog post that a small group of Googlers passionate about art put their heads together and used Google’s tech products to take pictures of art works and assemble them on a Web site. Each image comprises about 7 billion pixels, or roughly 1,000 times more detailed than pictures taken on a standard digital camera.

Picasa renders the images at high resolution. Users can view an image with a microscopic view that utilizes a slider scroll tool to zoom in and out of a picture. Once a user clicks to explore an image, they’re treated to a panel with information about the artwork, artist, related works, as well as YouTube videos about the work. Users can also save specific views of any of the artworks to build a personalized art collection.

Google used Streetview to capture the images, building a trolley to take 360-degree images of art in 385 galleries. The stills are stitched together then mapped for location. Google’s technology to map real-world images, Street View has come under siege by privacy experts for collecting information from citizens’ WiFi networks.

Has Google now reinvented the museum experience? We’ve never bought the hyperbole about the Internet as a surrogate for the real world. Starry Starry Night must be experienced in person, but van Gogh has never looked better on the monitor.