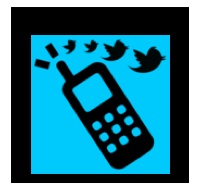 With most Internet services blocked, Google quickly created a “speak-to-tweet” service to allow people in Egypt to tweet with a voice connection. It allows those on the ground in Egypt to dial three international numbers and leave a voice message sent out as tweet with the #egypt hash tag. You can listen to the messages by dialing the same phone numbers or by going to twitter.com/speak2tweet.

Earlier, TechCrunch reported that Noor Group’s DSL service, the only remaining Internet service in Egypt, had been shut down. Noor powers the Egyptian Stock Exchange and major brands such as Coca-Cola and Exxon Mobile. Egypt’s four main Internet providers — Link Egypt, Vodafone/Raya, Telecom Egypt and Etisalat Misr — abruptly stopped Internet traffic into and out of the country on Friday.

Speak-to-tweet underscores the the worldwide communications revolution that has been so much a part of the political uprisings in Tunisia and Egypt, and has implications throughout the world. Cell phones are the Internet for many citizens in northern Africa and the Mideast. Demonstrators have used their phones to mobilize and spread news. Social media — blogs, tweets and Facebook messages — have become a useful tool, inside Egypt as well as outside to the world, for information, discussion and action. About 30 percent of Egypt’s population, mostly young adults, uses social media,

Speak-to-tweet was developed over the weekend by engineers from Google, Twitter and SayNow, a company Google acquired last week.

The revolution within the revolution unfolds in Egypt in realtime. The latest: reports that the government will shut down remaining cell phones to block access to Speak-to-Tweet.