How Tiger took our eyes off the ball 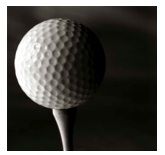 It begins with an act of visualization. A ball 1.68 inches in diameter sits on slender stick planted in the ground about five feet from your eyes. Armed with a metal club, you visualize a swing that launches the ball straight and far toward a hole in the ground hundreds of yards away. You move from the general to the specific in a discrete series of strokes, the fewer the better. The first stroke is a leap of faith. Each successive one is a correction of the previous. You end up on the green putting the ball into a 4.25-inch cup, which is a very specific place, that you couldn’t see from the tee.

The key is keeping your eye on the ball. You can’t hit what you don’t see. A lack of focus, the slight movement of the head, or a distraction from flow alters the physics of the swing. In a blink, the slightest error of execution will send the ball flying to a place of unintended circumstance.

In the third week of coverage about Tiger Woods came a story from the White House: the Obama Administration directed all federal agencies to break down barriers to transparency, participation, and collaboration between the federal government and its citizens. The Open Government Initiative opens doors and data to the public. The policy serves the public’s right to know, promotes accountability, fosters participatory governance, encourages citizen involvement in the affairs of their government. The promise of open government is a big deal.

For reasons that are obvious, you’d think newspapers, broadcasters and news sites would be all over the story. I picked up a few – the New York Times, The Washington Post, The Wall Street Journal – and didn’t find a word. I checked their web sites as well as those of dozens of other news sites. Nada.

But I did find a few stories about a golf icon and product shill who ruined his privileged existence through serial adultery and bad behavior. There were more than 56 million of them indexed on Google today.

It’s not as if nothing else was going on between the holidays. Congress wrestled with health care legislation. World leaders gathered in Copenhagen to address climate change. The president extended the economic stimulus package and introduced new programs to create jobs. The U.S. sent 30,000 additional troops to Afghanistan to ensure security at home. But when the Tiger Woods scandal broke, it was if the world stood down from multiple crises that threatened civilization. Perhaps we needed a juicy story about the fall of an American folk hero to distract us. Or to drive revenue.

You can almost hear mainstream publishers and broadcasters harrumpf in indignation: That damn Internet. That is until you consider the endless cover stories and page one teasers in print, the continuous broadcast streams on network and cable television, and the news sites overwhelmed by coverage of Mr. Woods’ woes – all of which fed the Net. The story that broke on the Net became excessive in the mainstream, entirely at the expense of stories of importance and meaning during a fragile and turbulent time.

If mainstream media want to argue that a sex scandal involving a popular pro golfer warrants more attention than stories that lead us out of crises, they need to discover the true values of journalism and storytelling in the digital age.

If mainstream media want to get paid for their content online, they should weigh the value of 56 million stories as bad as theirs.

If mainstream media want to ignore a national policy directive that gives citizens more access to the way government works, then they deserve to be replaced by something that’s better.

I learned about the Open Government directive in an email alert from the White House. I assume that millions of others got the email, which was anticipated for months, including mainstream media and the White House press corps.

Only one news outlet, the online Huffington Post, ran with the story. A blog post by edemocracy expert Peter Shane lead the home page of the site for a few hours yesterday. “This is exciting stuff, but it only heightens the need for what communication scholars call “trusted intermediaries” to help everyday citizens make the maximum use of new information resource,” he wrote.

I take the point, as should all journalists. Mr. Shane gets it right (corrected, per comments below). Citizens are now better prepared than traditional intermediaries to truly affect policy, mobilize public interest, contribute and share ideas, and contextualize the meaning of transparent governance. Networks and movements such as the Personal Democracy Network, Tech President and NextGov are already way ahead of mainstream media.

Visualize this: What if we could redirect the energy and resources behind 56 million stories to some clarity about health care, jobs, the economy, Afghanistan or climate change? What if we as citizens could mobilize around intelligence that is now available to everyone? What if we could work as partners with experts and those who govern?

We could move from the general to the specific is just a few moves. It’s all about keeping our eye on he ball.