Director of Future of Public Media project at the Center for Social Media.
Scholar in Residence at American University’s School of Communication.
Co-author of Beyond the Echo Chamber: Reshaping Politics Through Networked Progressive Media
Knight Media Policy Fellow at the New America Foundation. 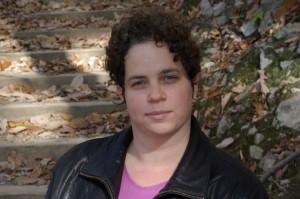 Over the past few years, Jessica has worked on a series of research projects examining the shifting media ecology, including reports on best practices in digital journalism for the Corporation for Public Broadcasting, the prospects for news within public broadcasting for Harvard’s Berkman Center, and the role of new media in youth civic engagement for University of London’s Centre for the Study of Children, Youth and Media. She regularly contributes articles on media and culture to PBS MediaShift and The American Prospect.

Prior to working with the Center for Social Media, Jessica’s career focused on creating, writing and fighting for independent media. From 2002-09, she worked on every facet of In These Times, a national monthly magazine of news, analysis and cultural reporting, serving as its editor-at-large, executive editor, managing editor, associate publisher and assistant publisher. There, she also organized several events addressing the intersection of art and politics, including the successful Chicago stop of Stay Free! magazine’s controversial exhibit, Illegal Art: Freedom of Expression in the Corporate Age. From late 2001 through 2002, Jessica was the co-editor for LiP Magazine, which championed “dangerous humor, liberated eroticism and informed revolt.” She served on the steering committee for the Midwest office of the Independent Press Association, and has worked on a wide variety of media activism efforts with organizations like The Free Press and Media Matters for America.