Jon Stewart and trust, for those who might have missed it

Years after the rest of of us knew it, New York Times literary critic Michiko Kakutani coronates Jon Stewart as “a genuine cultural and political force.”  The three-page spread, nearly literary in scope, acknowledges the fake anchorman and his satirical The Daily Show as an important news source. Stop the presses.

“Is This The Most Trusted Man in America?” asks a very big, color headline that runs beneath a photo that fills half of the Arts & Leisure section page.

Are you insane? This is the kind of treatment The Times typically reserves for papal visits, the tragic death of certain beloved princesses, and attacks on the World Trade Center.

It’s also a more than a little old, and more than a little derivative, to warrant such play on a quiet summer Sunday. Those of us with longer attention-spans recall a similar headline in the Carnegie Reporter, circa 2005: “Abandoning the News: Is This the Most Trusted Anchorman in America?”

That report, conducted by our friend and new media pioneer Merrill Brown, forecast the shift in media consumption and trusted sources for news by 18-to-34-year-olds. Stewart was the cover boy.

No need to dwell of what has become an old story: the cultural phenomena and financial implication of a connected generation moving away from traditional sources of news, relying instead on alternative ways to access it via the Internet, handheld devices, blogs, and instant messaging.

Trust remains at the heart of it. In today’s mediascape it is hardly surprising that a generation trusts a clever satirist who not only respects what his audience knows, but usually finds a way to make it funny. Stewart not only informs and entertains, but alerts us to potentially harmful or damaging situations by helping us understand. We trust him for that at a time when traditional institutions have seemingly abandoned that mission. 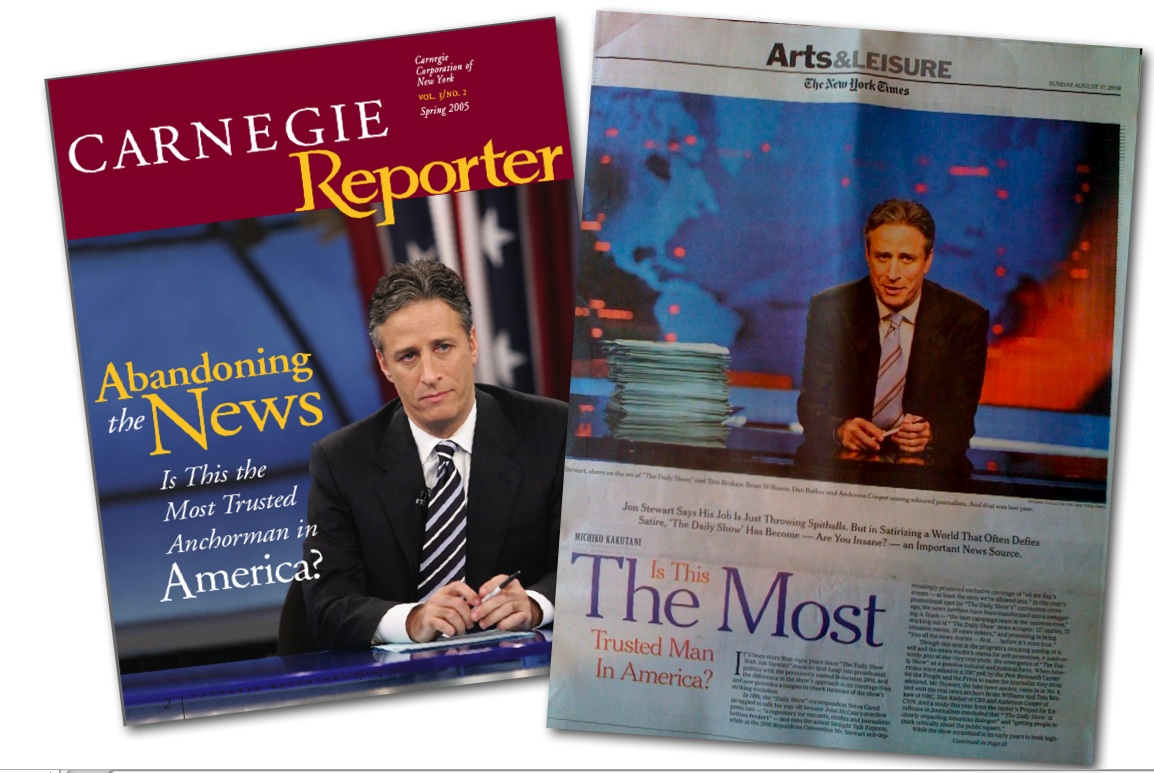