Kristoff and the Sea of Stories

Just when I think The New York Times is beginning to understand the concept of story in a connected society, Nicholas Kristoff invokes the old “Daily Me” cliche in an op-ed column. God save us from ourselves, so says Nick.

God save us from Kristoff. He ought to know better than to conjure up a catch-phrase that is so 2001. Its not only a dated concept, but an obsolete one. It never happened. He might have discovered that if The Times didn’t cut off comments on the column.

Kristoff ought to know better. He doesn’t hesitate to steer you to his Facebook page, You Tube videos, or Twitter feeds. 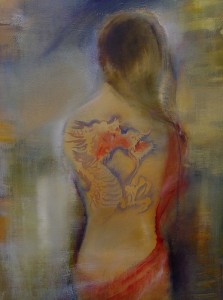 “He looked into the water and saw that it was made up of a thousand thousand thousand and one different currents, each one a different colour, weaving in and out of one another like a liquid tapestry of breathtaking complexity; and Iff explained that these were the Streams of Story, that each coloured strand represented and contained a single tale. Different parts of the Ocean contained different sorts of stories, and as all the stories that had ever been told and many that were still in the process of being invented could be found here, the Ocean of the Streams of Story was in fact the biggest library in the universe. And because the stories were held here in fluid form, they retained the ability to change, to become new versions of themselves, to join up with other stories and so become yet other stories; so that unlike a library of books, the Ocean of the Streams of Story was much more than a storeroom of yarns. It was not dead, but alive.

“And if you are very, very careful, or very, very highly skilled, you can dip a cup into the Ocean,” Iff told Haroun, “like so,” and here he produced a little golden cup from another of his waistcoat pockets, “and you can fill it with water from a single, pure Stream of Story, like so,” as he did precisely that.