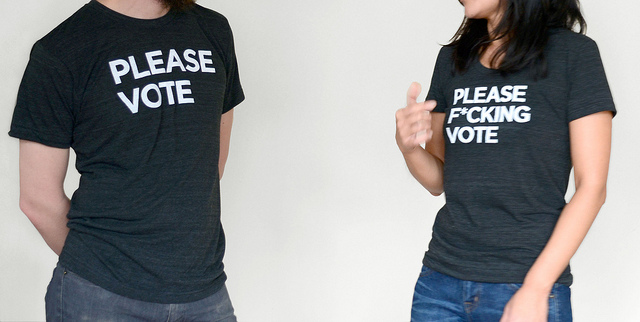 Heads up: This article also includes a sneak peek at something we’ve been working on at We Media: a new social discussion app called Tok. We’re advisers, not creators, and I’ll share more about it soon. For now … give it a try. You’ll need to sign in using your Facebook ID.)

Four years ago, election night felt like history. This year, it felt like Tuesday. The campaign was an endless Monday. What a drag.

Let’s lay blame, call bullshit on the bullshitters: Mitt Romney waged a cynical, in-your-face assault on reason. Obama let him get away with it. Half the country, more or less, went for it.

The professional media played its part to the point of farce. The journos reported, aggregated, repeated whatever the candidates and their “surrogates” said. You want polls? We got polls. Fact-checking, which might have been a matter of fact, became a product and brand, but was still a rarity. My friends on Facebook had smarter things to say and said them with more style.

It was clear this year that the role of professional journalists was simply to be there: to stay in the game. If they had all dropped out, boycotted politics for a month or two or three or four, would we have learned any less about the candidates or the implications of their election?

How much did Romney earn or pay in taxes in 2010? Or 2009? He says he knows how – “I know how” – but how, exactly, would he create jobs? How does lowering taxes and increasing military spending reduce the budget deficit? How would a repeal of Obamacare “on day one” be good for the middle class and poor, or small business owners? How, exactly, would it make health care more accessible for more people?

We never knew, did we?

We’re in there too and we know our role: We are the people formerly known as the audience. But we’re still the audience.

It’s time for a new script, no? So let’s write it. Here’s a start, from my friend Farai Chideya (@faraichideya), a journalist-blogger-novelist-broadcaster and one of the election night faces on BET Television. Today she sent me an email that asked the provocative and aspirational, “What do you want to see four years from now?”

Let’s look ahead. Let’s get specific. Let’s write the story.