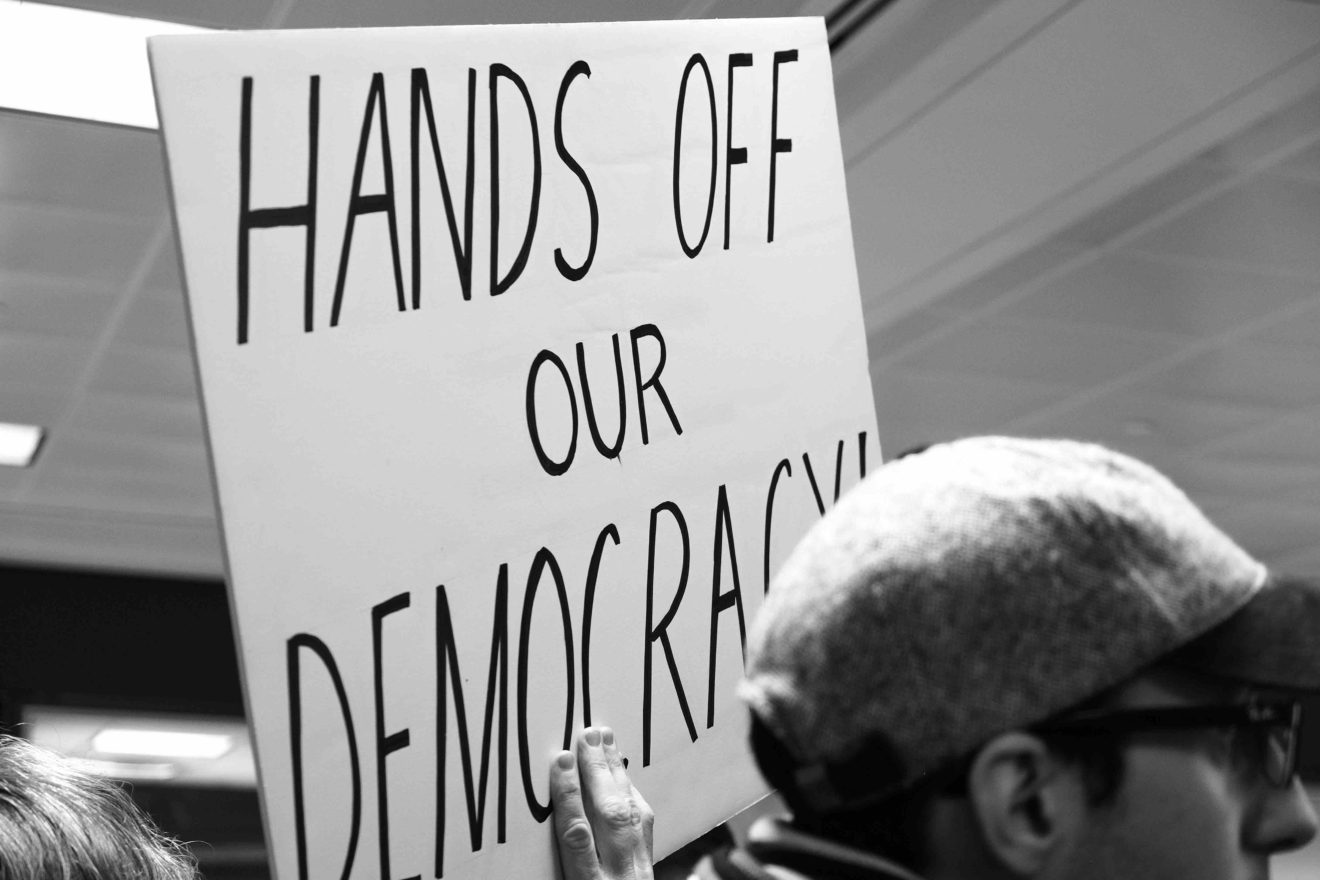 Empowered, divided and in crisis

I love social apps and the ideas and ideals that they attempt to fulfill: sharing, connectedness, empowerment. I love that they are accessible to so many people, worldwide – and that when governments try to restrict their use, we call that repression. Social media, and really all the underlying technology of the mobile, social web, have become entwined in our understanding and aspirations for freedom.

The civic and business impact of Facebook in particular is stunning, along with Twitter, Instagram, Snapchat, all the message apps, Uber, Lyft, AirBnB, Slack, and so many other layers of marketing and enterprise services built to feed, tame and exploit them.

But I hate them, too. They’re the new info overlords, especially Facebook, which filters, censors and is now attempting to discern true, false and unverified news stories in a hopeless effort to maintain the fantasy that our social apps are our friends, friendly places, safe spaces.

They aren’t. They are the machines and algorithms that track us, tag us, target us for advertisers, marketers, hackers, identity thieves, military psychological operations, disinformationists and propagandists. They are the apps that keep us connected to each other, to our families, lovers and never-lost school mates; and that drown us in news, memes, links, ads, surveillance, manipulation and everything said by everyone, everywhere. They bring us joy, laughter and warmth; and violence, rage, shame, crimes against humanity. They are amazing, essential, addictive, and their promise of freedom feels strangely like enslavement.

It is hard to imagine how a complicated relationship like that can be a foundation for trust.

But trust is exactly what so many of us crave – and what news publishers hope they can figure out and restore through technical and human means – and with Facebook’s help.

Big publishers that want to remain big really have no choice. Like it or not, Facebook is now the world’s most influential news gateway and knowledge gatekeeper. Google remains essential for people who search for information, the second most important referrer of traffic to publishers, and a vital player in vetting and suppressing false and “fake” information designed to mislead people. But Facebook is the king, the referral engine that drives the most traffic to most major news publishers – so, by inference, it’s the most important means of discovering news (and everything else we encounter in the Facebook news feed) for the 1.3 billion people who use Facebook each day. Civic discourse, journalism, advertising, marketing and democracy are all dependent on Facebook and will be until some new player, policy or consortium figures out how to dethrone it from that powerful role. That’s an unprecedented scope of economic and civic power – and nearly global except where it has been banned, as in Iran, North Korea and, most notably, China.

This also makes Facebook the world’s most powerful censor.

Traffic referrals by source tracked by Parse.ly, May 11, 2017. The data is based on publishers that use Parse.ly. While not global, it’s a useful proxy for understanding how different apps drive audiences to news and all other web sites.

Credibility is related to trust, but not synonymous. It’s a function of reputation that requires both trust and faith in the integrity and motives of an institution or individual. The root of credibility is credo – to believe.

Although logic and reason are the basis of what we now call the scientific method, many ideas about right and wrong, about how to be good, and even about what exists and how the universe works, come down to faith – to trust in ideas that can not be measured or proven by math or reason. You can not prove, without faith in something immeasurable like reason or common sense, that you are not dreaming, or that we are not avatars in The Matrix.

Professionals, in general, care about both trust and credibility. Doctors, lawyers, financial advisors, police officers, nurses and teachers all agree to rules, best practices and conventions not only because it produces better outcomes, or because it’s the right thing to do, but because aspiring toward those things produces trust — and faith in their work, judgment and words.

Journalists care about both trust and credibility, so a president who routinely mocks The Lying Press and the rise of fake news spread across social networks has naturally spawned a surge of soul-searching and process re-thinking among journalists who desperately want to be viewed as truth-tellers.

But I’ve also come to understand that trust in journalism is part of a much bigger set of relationships between how we know what we know, how we’re governed, how our rules and laws work, how our economy works, how we communicate with each other, how we learn and how we do business and interact with each other every day.

We’re in the midst of a trust crisis, personified by the rise of Trump, who has called journalists “the enemy of the American people“, along with a posse of radical opportunists who prop him up. But the crisis started long before he took power, and it runs much deeper.

Truth, trust and reason, the foundations of justice and freedom, are under attack. So are scientists, immigrants, women, minorities, the internet, the environment, the media, international peace, public schools, teachers, children, children who need to use bathrooms in theirs schools, artists, writers, scholars, free speech, personal privacy, net neutrality, people who work for the government, and human dignity itself.

Professional journalists, our first line of truth-tellers, have been demonized by leaders who are supposed to serve and unite the public, not confuse and divide it. The mobile, social web, which was supposed to enlighten and set us free, has set us against each other. The civic rules that most of us want to trust without thinking about them, the foundation of trust in our system of government that’s supposed to keep nut jobs out of the White House, has broken down. Our politics has become a frenzy of crazy talk, conspiracy theories, disinformation, deception and distraction, a symptom of a trust crisis that has, among other things, turned us against each other. Lines have been drawn. We are united in our distrust of the other.

Our civic discourse is troubled, our politics divisive, angry and confused. This is a global problem, not just an American headache. Two thirds of the countries surveyed annually by the public relations firm Edelman are now considered “distrusters,” meaning less than half of the people in those countries trust in the institutions of business, government, media and nongovernmental organizations “to do what is right.”

It’s beyond naive to blame everything bad about this great unravelling on Facebook. Bad actors are responsible – bad people intentionally doing bad things for bad purposes.

But it’s not irrational to acknowledge that our technology, the web, our digital connectedness and Facebook in particular has enabled this chaos.

Do we trust that our technology is designed to do what is right?

As software eats the world, our expectations and anxieties about privacy, big data, hackers, corporate and government surveillance of everything and everyone become central to culture and to all those relationships that depend upon trust. They are part of a deeper, more pervasive cultural underlay of trust, or distrust, in everyday experiences we’d like to take for granted, but can’t. The software in our smartphones, laptops, traffic cameras, VR headsets, Facebook apps, Amazon Echos, Snap glasses, TVs, chatbots and everything else is created with rules, values and intent – and these may be benign, benevolent or immoral. They are dependent on the humans who design and control them.

This is obvious, and yet it’s also hidden, by design, because the best technology is invisible. It just works.

It turns out, the same is true of the worst technology.

Larson illustrates his point with three companies that have, without doubt, deployed software for dark purposes:

People who crave power use confusion and distrust to their advantage while the rest of us struggle to resist and endure until the balance of trust can tilt back toward common sense, compassion and good will.

As we try to get out from Trump and back on track toward some semblance of reason and sanity, we shouldn’t lose site of what needs fixing. Getting rid of Trump will help, but won’t fix the underlying problems.

Our systems for public discourse, education and rule-making haven’t kept up with a culture overwhelmed and disrupted by technology and stressed by war, climate change, corruption and economic inequality. These are the challenges our leaders should be confronting, and we’re going to have to seek and champion those who will confront them and work for us, not against us, to restore faith and trust in everything, including our tech, our truth-tellers and our governments, elections, economies and businesses. These are exceptional challenges, and we shouldn’t let the urgency of stopping Trump distract us from them. We’ll be working on how to restore trust in everything long after he is out of the White House.