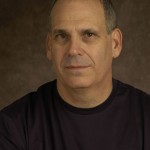 As one of the most widely respected and knowledgeable leaders in business journalism today, Alan Webber brings audiences unusual depth of knowledge and insight into an economy fueled by information, change and innovation. He writes a regular column for USA Today and was the cofounder and former editor of Fast Company magazine. Webber understands the important characteristics of a “fast company”: the ongoing competition for the best people, for great ideas, and for the right way to think about leadership. He has co-authored several books including Going Global: Four Entrepreneurs Map the New World Marketplace, a blueprint for how to expand into global markets and Changing Alliances: The Harvard Business School Project on the Auto Industry and the American Economy, an important book on the competitive future of the American auto industry in the global economy.

Webber is a former managing editor of the Harvard Business Review, his columns and articles have appeared in numerous national publications, including the Los Angeles Times, The New York Times, The New York Times Sunday Magazine and The Washington Post as well as a former fellow of the U.S.-Japan Leadership Program and a John J. McCloy Fellow. He has worked in the public sector as a special assistant to the U.S. Secretary of Transportation and in several capacities for the city of Portland, Oregon.