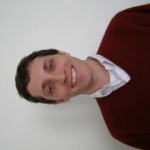 Little m media provides strategic guidance and support to organizations around the use of the internet and technology to facilitate communications, engagement, education, and mobilization. He is well known for his expertise in new media, web 2.0, social networks, mobile, community, ecommerce, brand marketing, cause branding, and more. Reich, the author of Media Rules!: Mastering Today’s Technology to Connect With and Keep Your Audience (Wiley 2007). He blogs at Thinking About Media and contributes as a Fast Company Expert.

Reich has worked in and around politics, including helping to direct dozens of campaigns across the country. He spent two years as Vice President Gore’s Briefing Director in the White House, handling both official activities and activities during his 2000 presidential campaign.

Brian serves on the board of Investigate West, independent, nonprofit organization dedicated to the art and craft of investigative and narrative journalism. Brian served as an adjunct professor in the Graduate School of Political Management at George Washington University in Washington, DC and is currently teaching a course on consumer behavior and marketing at Columbia University in New York.

Brian attended the University of Michigan and is a graduate of Columbia University. He and his wife, Karen Dahl, live in New York City with their son, Henry.