Social tools expert, /Message and President of Microsyntax.org and Director of 301works.org
Participant: We Media Miami ’10 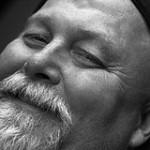 Boyd, a renown authority on social tools and their impact on media, business, and society, works as an analyst, advisor, futurist, and researcher. He also writes extensively at /Message. Speaking engagements on the social revolution on the Web include Web 2.0. Enterprise 2.0, Next, mesh, Reboot, 140 Characters, Lift, Les Blogs, Shift, Futuresonic, Defrag, Supernova, and many others. Boyd’s key areas of expertise and concentration include: Advising companies involved in the development of social tools, often startups. Tactical consulting such as short-term product assessment, workshops on social architecture. Boyd is regular speaker at conferences and corporate meetings. Here are some recent and upcoming talks. Developed a webinar series called Social Architecture, starting in March 2010 to be launched.

Boyd is president of the Microsyntax.org non-profit, and director of the related 301Works.org initiative of the Internet Archive. Boyd is also working with Jeff Pulver on a new conference called Social Business Edge, planned for April 2010 in NYC.