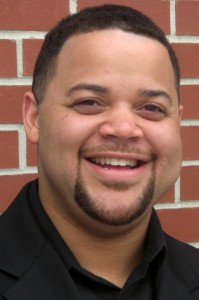 Michael works with the CEO and senior leadership team to set the programmatic direction of the Foundation and manages a portfolio of social investments and partnerships designed to spark civic participation, promote participatory philanthropy and expand giving.

Michael’s current major areas of focus include leading the Foundation’s efforts to tap “citizen-centered” approaches to civic engagement and philanthropy; America’s Giving Challenge, an initiative designed to spur online giving and train nonprofits to leverage social media; and myriad economic development efforts in the West Bank through the U.S.-Palestinian Partnership.

Before joining the Case Foundation, Michael helped build national initiatives aimed at bridging the “digital divide” as a Program Officer at the Beaumont Foundation of America and a Regional Program Manager at PowerUP: Bridging the Digital Divide, Inc. Michael has also served as a senior program and communications staff member at a Massachusetts Boys & Girls Club, was an aide to U.S. Congressman Richard E. Neal and has a B.A. in Communications from Marymount University.

In addition to serving on many industry committees and taskforces and writing and speaking on the Foundation’s areas of expertise, he is a currently on the boards of Philanthropists for Active Civic Engagement (PACE), Idealist.org and Public Allies.