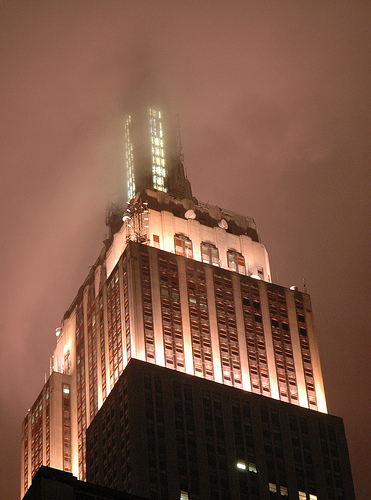 One of the lingering myths repeated like a mantra by some professional journalists is that they are not only the best judges of what we should call journalism, but also the essential providers of the service. This “world revolves around us” drone earned a boost last week with publication of a study by Cornell University researchers that concluded virtually all news originates with mainstream media, typically followed by a burst of attention and links from blogs – and just 3.5 percent originating with blogs.

The finding depends on what you call a blog, what you call journalism, how you count first, how you define “originate” and what qualifies as mainstream. The study tracked the flow of 90 million stories across 1.6 million web sites. It imagined, starkly, a world informed by mainstream media and/or blogs. A more nuanced vision of how we know what we know would include our social networks – the people we know and trust far more than mainstream media or blogs; and the rising influence of institutions that are neither blogs nor what we used to consider mainstream media – such as nonprofit groups, businesses, governments, scientists, scholars, artists, advocacy groups, consultants, other experts and “alternative” media. What’s alternative in a world of infinite alternatives? The wider set of story-tellers, whatever you want to call them, is the essence of We Media – it’s all of us.

This week, for instance, I learned in an email from Amnesty International USA (a former client) of the kidnapping and murder of Natalia Estemirova, a Russian journalist and human rights defender. I missed the story of her death when it was reported last week by The Washington Post, The New York Times, Reuters, even Huffington Post, BBC, and many others. I missed New Yorker editor David Remnick’s note on the murder, with a recording of an interview he conducted with Estemirova at a memorial for another slain Russian journalist and human rights advocate, Anna Politkovskaya. Today Google News provided more than 1,000 links to the Estemirova murder story.

From Amnesty International, the news of Estemirova’s death came with a perspective and a call to action: a condemnation of the murder coupled with a campaign to investigate and prosecute the killers.

This is one of many new permutations of how news and knowledge disperse in the connected culture: from everywhere, to everyone. Traditional news companies were all over this story when it broke – but they were entirely out of my loop. Who was first? I don’t know, I don’t care. Amnesty International was first for me.

Advocacy groups and nonprofits like Amnesty have long been vital sources of news and information – producing research, providing expert sources and in many cases conducting the investigative field work that forms the bedrock of reporting in mass media. For instance, The New York Times today published a story by Matt Richtel about how the U.S. government suppressed data on the safety risk posed by cellphone use while driving a car. As the Times story made clear, the suppressed data was brought to light and fully disclosed thanks to a lawsuit filed by two nonprofit groups, the Center for Auto Safety and Public Citizen. The Times followed up with further interviews of key players to explain how and why the data was suppressed for so long – and brought attention to the story uncovered by the nonprofit groups.

Contrary to what the Cornell study implied, news originates with sources, not media. News isn’t a river, flowing from source to delta. We no longer need “the” media to know what’s going on. That doesn’t mean big, mainstream media institutions are irrelevant – the audience of global and national news brands, including broadcast and cable networks, is still large, influential and valuable to anyone who wants to get their story out. But they’re no longer essential. In the connected culture, news is gaseous. It diffuses, like fog.