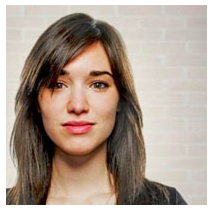 Rachel Sterne becomes New York City’s first chief digital officer. The Ground Report founder, who’ll give up her citizen journalism site as well her consulting practice, has been a friend and frequent contributor to We Media. She’ll work with the city’s Economic Development Corporation to improve New York’s image as a home for technological innovation and to attract and retain more entrepreneurs, a policy initiative of Mayor Michael Bloomberg. First task: produce a report on how the city might raise its profile by using social media.

A darling of NYC’s digerati, Rachel, 27, was called “an inspired choice” by digital-politico Andrew Rasief. In an interview, Adweek raised a few questions, though.

We’ll be bringing entrepreneurs and social media stars to the digital officer’s hood on April 6.