Rewiring the brain of a multimedia journalist 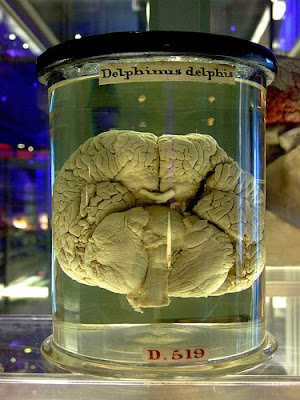 Click here for Game Changers Guest Post by David as a We Media Game Changer Finalist: We Tell Stories

It boils down to this are you a right brain thinker or left? And while there’s no immediate scientific prognosis to determine this other than an MRI scan, it could have a huge impact on your life.

Dale’s talk also opens a wider debate for me.

Zinedine Zidane, the retired French maestro of football (Soccer) says he misses the greens of the pitch. We miss him too. He had a great football brain.

The late Stanley Kubrick is recognised by Spielberg et al for creating the best ending to a movie in Paths of Glory. He possessed a marvelous film brain.

Some of the greatest journalists of our times: Vitali Vitaliev, Cronkite, Dimblebee had remarkable journalist brains.

But what do we mean by that?

And what about now?  Is there such a thing as a multimedia journalist brain?  I suspect there are two different types of journalists in this web 2.0 era and I’m not talking radio verses TV.
Image right from flickr by Gaetan Lee, creative commons

Autoself On
I studied Applied Chemistry, which amounted to many years prior studying the Sciences, but I was also interested in art and the Arts. I took art “O-level”, and only gave up afterwards, because I needed to make a choice.

The episteme of the arts and science occupy polar schools of theory and knowledge. Art employs metaphor and image, while science pulls together numbers and equations, says Leonard Shlain in Art and Physics.

In student common rooms both set of students tend to dress differently, work differently and exhibit different demeanors. That, much I know from hanging about with Arts students.

Then I went to journalist school.  In journalism it was about the rigour and process and specifically what Ferdinand de Saussure would refer to as codes. We might have been creative in the story construction at the BBC, which I worked on and off for 10 years from 1987, but the canvas was hemmed into the parameters of what we define as news.

Auto self Off – The Multimediaist

Multimedia embraces technology, artistry and media. You’ll debate around the houses about where and when it was first used, but I’m opting for a peg from the works of F.T Marinetti and the manifesto of he futurist cinema 1916 .

We shall set in motion the words-in-freedom that smash the boundaries of literature as they march towards painting, music, noise-art and throw a marvelous bridge between the word and real object.

He might as well have been speaking about multimedia, though this statement is attributed to Cinema.

Technologist Vannevar Bush’s 1945 essay “As we May Think” is a vastly painted ambitious world of tomorrow’s unfolding  multimedia.

Gibson (Neuromancer) puts multimedia as an ongoing discovery of how things ( mind and universe) fit together. It’s not an invention, but a development. Then there’s MIT’s Media Lab.

But back to the multimediaist brain. In processing, reading taxes the left side of the brain, whilst images (TV and PC) the right.

So here’s the big question. Could it just be that in spite of our attempts at training multimedia journalists, and successful ones in many cases, there is a fundamental aspect of multimedia training which does not start on a two week training course, but way before?

It embraces behaviour, psychology, attitude, creativity, work flow – an unfolding meme. The advance maths of my degree allows me to see multimedia as calculus (see image below). The chemistry made me think of kekule’s benzene ring (abstract) as a piece of art.

Can we argue thus traditional journalism and its reliance on the word and linearity is at odds with the new mash-up pop culture of multimedia’s art and images?  New Media commentator Lev Manovic talks about a time before arcing cinema – a hark back to the zoetrope. French philosopher Deleuze reworks the theme, the space is divisable. Enter any way. Its different to the movement- the linear, which is fixed.

The analogy of multimedia ( some journos just can’t see it)

By way of an analogy, consider the difference between the digital 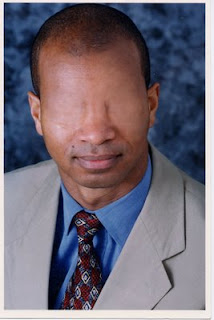 sussed and digitally not-quite-there journalist and I’m thankful to my good friend Barry Sandland from MSF for this thought bubble.

The digitally ignorant journalists sees their work as a process of discovery and division of labour. Furthermore they can’t and won’t reconcile any notion of the validity of a blog/tweet/vj piece/ongoing thread, and that it adds value to new journalism, even when its  subjective.

The digitally gotcha, sees no distinction between the tools and process. Am I digitally native? I knew a world before the Net, so don’t fall neatly into the marketers social bracket.

But I did know when I was diving 50 metres into the sea in 1999 in search of a forgotten war ship that it would merit multimedia packages: a radio piece for the world service, a video package, a Flash promo, a website and an article and diary, which I posted online. For me this whole process was merely the circulation of ones and zeros.

But back to the real (emotive word) digital native. Who are they?

They’ll twit; pass you onto to their blog, which will subjective and describe behind the scenes; write the article which will be objective; make the video; build the pod; shoot off the promo, with SEO; and build the site; and then some (watch for the next app).

They’ll do this because it’s as normal as reading the papers. And each iteration will be different, adding context to background, to news – that you can use.

CNN says “Kill what you can eat”. The Digital Native Multimediaist says “Eat anything there is to sustain you”.

David sees a mathematical representation of multimedia via Integration.

And the future multiamediast won’t be tied to traditional journalist outlays. There’s a new world opening up, if we trend extrapolate, which traditional journalism will have to respond to or surely atrophy. The technologists, Apple, Iphone, Adobes et al are creating assets and windows for an exciting future of innovative story telling. But that’s a different post altogether.

For related stories on multimedia see: blog – The Multimedia report and Why Training Matters

About David
David Dunkley Gyimah, a former BBC producer, now a VJ, Snr Lecturer, Phd Student and creator of viewmagazine.tv will be presenting at SXSW in March 2009 about the new form of video-cine journalism. His work was given an honorable mention by the WeMedia Game Changer jury for:

He was looking forward to attending the RTS Awards Night (the UK’s Emmy’s) where he was a juror, but flew out to attend Wemedia instead. What would you have done? Twitter me.