Not too long ago, there was media. Then came social media. Media meant traditional media; those pesky suited types, you know THE PROFESSIONALS. [ I’m doing that finger parenthesis thingy]

Meanwhile, social has become the label to umbrella practices that traditionalists paint as non-professional. Yurk!

But while media is a heterogenous grouping of different entities across print, broadcasting and digital, and by that this means CNN is different from BBC, or NYT is not the same as the Hindu Times, social media generally embodies one universal group. WTF!

That’s what those clever traditionalists have done. By framing the etymology of the word to mean ‘not us’, they created a ‘you.’ Or was it the other way around? Who cares? The point is social means the other side … So, it’s not uncommon to hear radio announcers and broadcasters mention, “On Social Media this and that is happening.” Yeah!

Let’s ponder for a moment how absurd the word, ‘social’ has become. The media, unable to comprehend an alternative discourse to themselves, have created their ‘bogey’ platform — that group of the misunderstood. Hashtag your *** traditionalists.

Perhaps, in part, it’s because it’s the early days of web connectivity, or that academics who plough this field haven’t risen to the challenge to explain: THERE IS MORE THAN ONE SOCIAL. 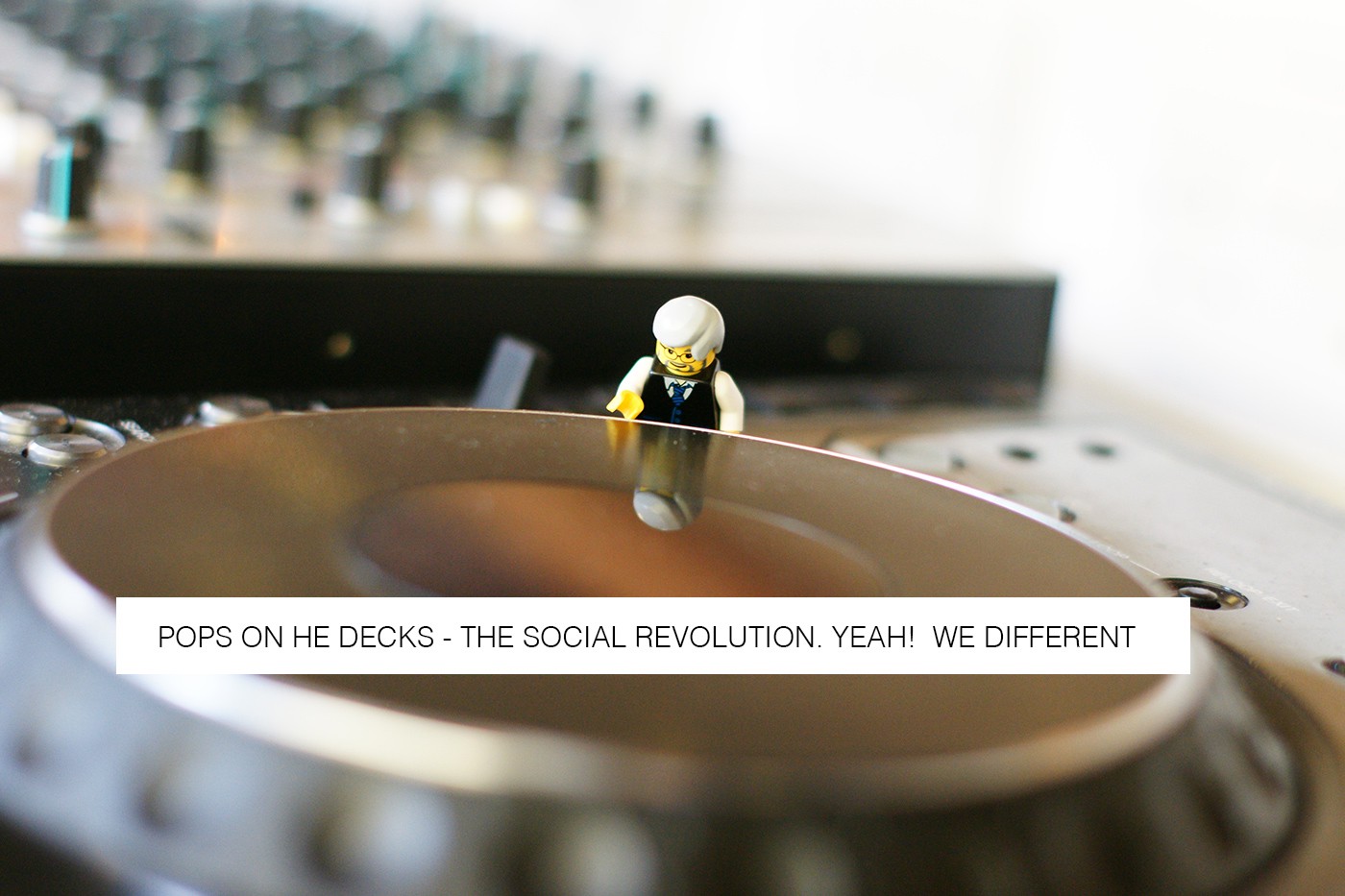 Social is no more a homogenous group than the BBC and CNN share similar values.

At best, and at times, people of different backgrounds may rally around the same cause, but more often than not social is a matrix, a fecking multiple hydra of people and opinions of different social groups sharing data.

The social likes and publishing environment of my next door neighbour, in spite of our proximity and shared values, is different from mine. But if we listened to what traditional media writes or broadcasts, social is one big land mass of others?—?you!

This form of reductionism makes for an easy, recognisable target, but it also creates the original rage, and twisted schemata which leads me to hurl metaphoric rocks at the traditional media’s penchant for over simplification. 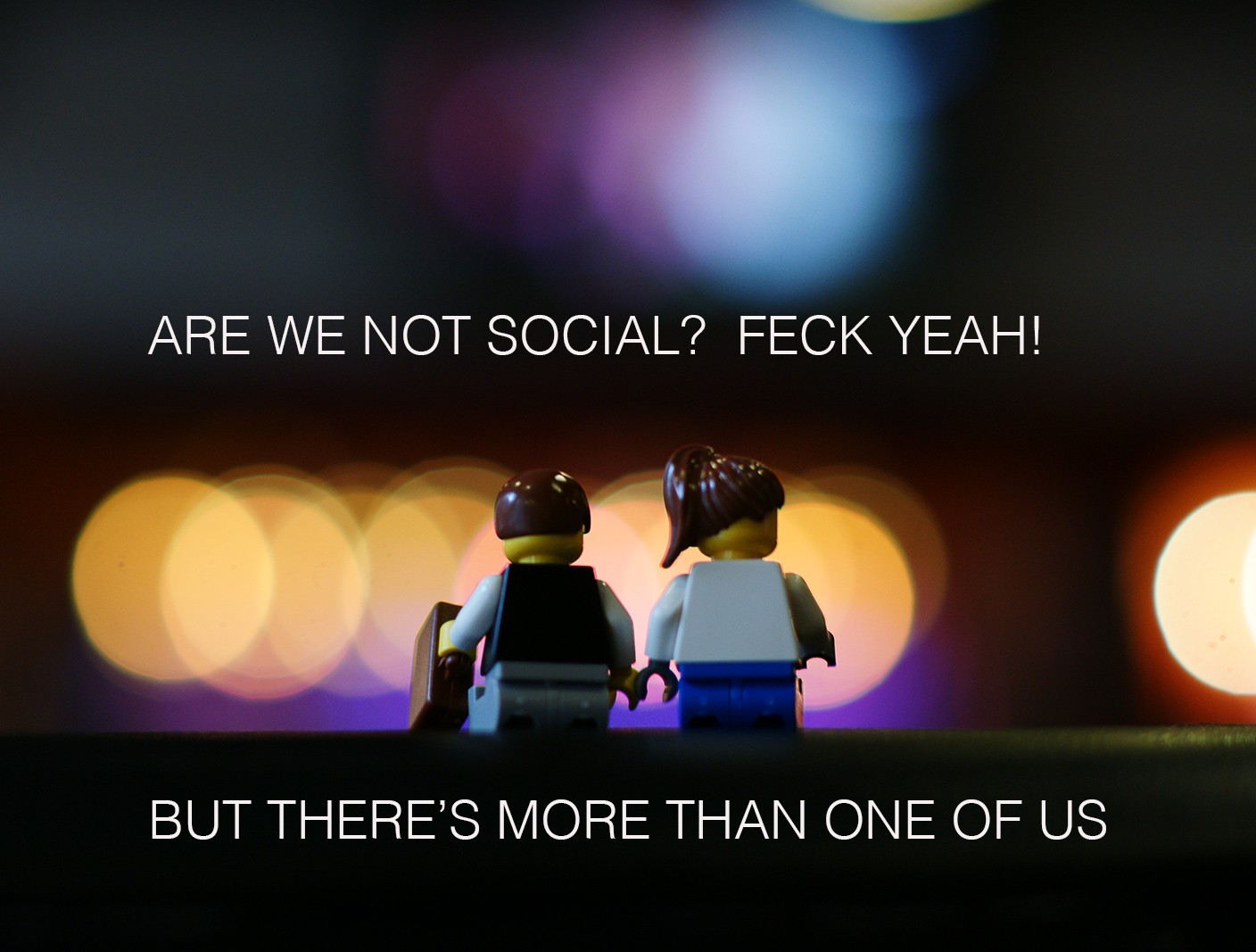 So, what’s the alternative? Perhaps it needs time so new taxonomies start to define groups within social media, so there is an understanding we’re not one mass movement. And the clustering can go any way; cultural, technological, etc.

Maybe we should start writing our own social groups, but at the very least let’s not repeat the sins of the past.

If anything the Net gave us the opportunity to be different, migrate across different socials — something worth celebrating.

Everything is Social, but you’re more complex than being part of a single amoebic entity. 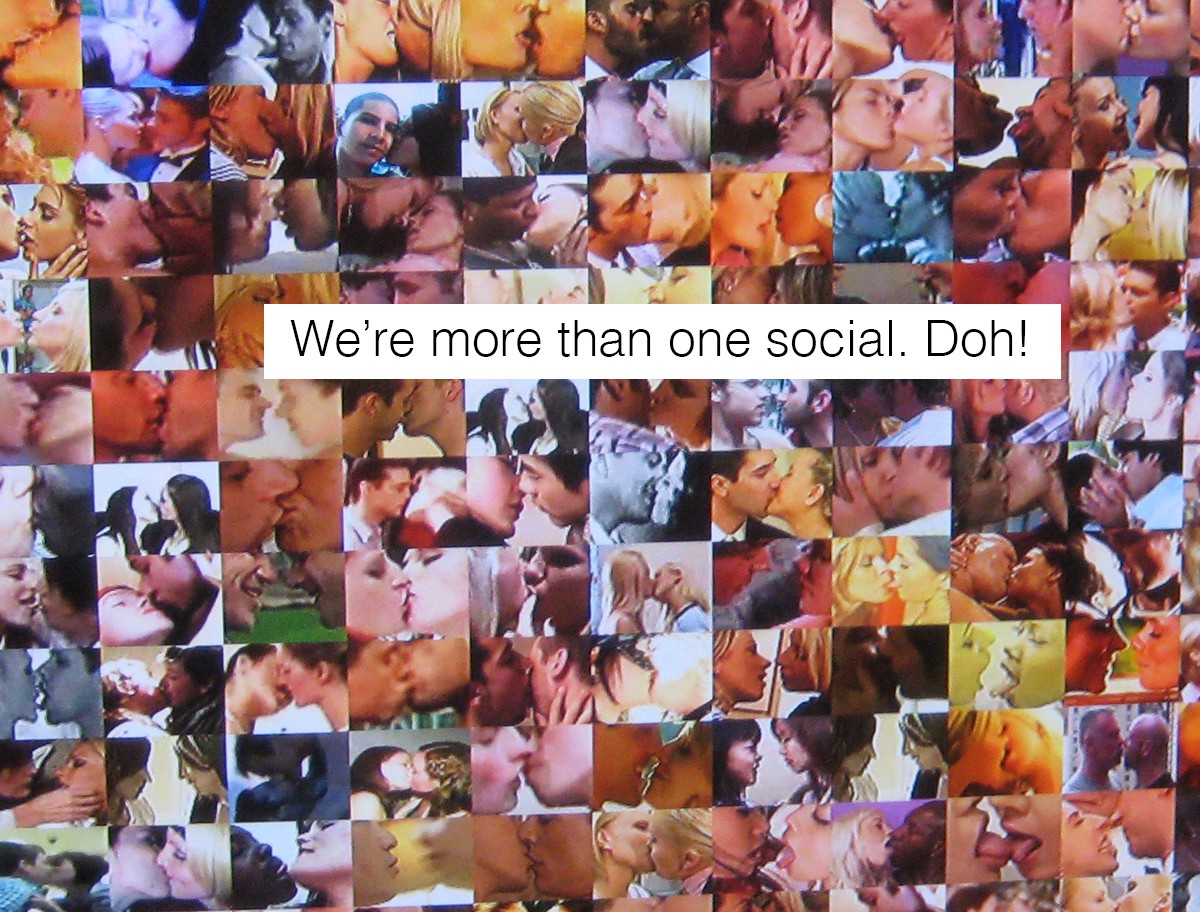