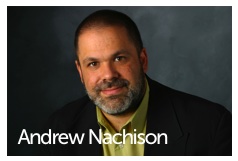 Tax rules won’t save the news

Could a new non-profit online news service fill a journalism void in your community? Would you donate, sponsor, subscribe, become a member or somehow channel some kind of recurring credit card payment to cover the salaries of local reporters – and maybe some editors, designers, data analysts and photographers?

No need to answer just yet – sleep on it. A new report says U.S. tax policies make it difficult for such businesses to get off the ground in the first place. The report from the Council on Foundations says the U.S. Internal Revenue Service has declined or delayed non-profit tax status for several journalism startups because the government does not consider journalism a qualifying educational activity.

The report, funded by the Knight Foundation, the philanthropy most active in funding journalism-related non-profits in the U.S., recommends the IRS change its procedures to ease and speed up the approval of journalism startups that seek non-profit status.

Analysis: This is an example of how government policy, even around something as arcane as tax administration, can influence the scope, role and influence of journalism in national and local life and culture. But tax laws are a side note to the troubled business of news. Adjustments to U.S. tax policy should make it easier for social entrepreneurs and philanthropies to launch and finance non-profit journalism startups. Good luck to them. Raising capital and sustaining news startups, regardless of tax status, will still be difficult. They’ll need to be nimble, tech-saavy, ambitious in marketing, sales and fund-raising – as well as journalism.

Disclosure: The Knight Foundation has funded programs at iFOCOS, a non-profit research partner of We Media.