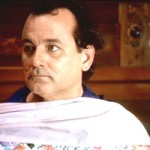 Today I watched the movie Groundhog Day and downloaded The Daily on my iPad. Both reminded me how we live the same day over and over until we get it right.

The question is whether people will pay to play. A straw man for newspapers in the digital age, The Daily is an argument for sustaining the failing business model of an industrial age remnant.

You’ve got to admire Mr. Murdoch. Unlike his brethren publishers he’s put his money next to his mouth, investing $30 million to keep the once-lucrative newspaper legacy alive. The very publishers and editors who once loathed his business practices, as well as his brand of journalism, are suddenly pulling for him. If The Daily succeeds, they will follow. That is what newspaper publishers do when faced with a challenge: follow. At the least, Mr. Murdoch leads with his wallet and a vision.

Relishing his role as groundbreaker, Mr. Murdoch has buddied up with the suddenly-absent Steve Jobs and embraced Apple’s predatory marketplace. His fellow publishers love the familiar subscription model. Apple loves the 30% distribution fee and a share of revenues from cheap ads. We are left to wonder where’s the sense in replicating a legacy, general format newspaper on an iPad then downloading it for a fee on iTunes.

Producing a kinda cooler, sorta newspaper for tablet screens is not much of a game-changer, but that’s not really the point. A lot of folks who aren’t used to paying for news will have to subscribe at the introductory rate of $39 a year for The Daily to turn a profit, pay for journalism and recoup the development costs.

Content will ultimately determine whether The Daily succeeds. Like any new publication, it will take time for it to find its legs. Audiences are developed or lost over time in the news game’s constant ebb-and-flow of content and curation.

At its start, The Daily feels like newspaper by committee. The design is influenced by magazine apps currently on the iPad, but content is as predictable as a newspaper website. While updates, animated graphics and promotional video raise the bar, The Daily remains a walled garden in a universe of searchable, linked content most of which is available for free.

It may be cutting-edge by newspaper standards, but The Daily debut fails to deliver the breakthrough experience that leads to the next business model. It may, however, answer the question everyone is asking: Will I pay for mediocre content on a newspaper app when I can get it for free on the open Internet?

It’s Groundhog Day all over again. 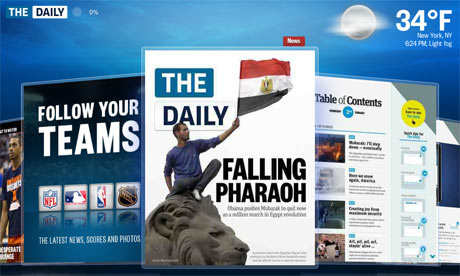