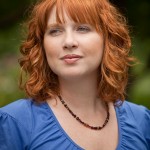 Van Slyke has dedicated her career as a journalist, communications professional and media producer to building a strong independent media infrastructure. She co-authored with Jessica Clark the recently released book, Beyond The Echo Chamber: Reshaping Politics Through Networked Progressive Media. She is currently the Director of The Media Consortium–a network of the nation’s leading, independent, progressive media outlets. Through The Media Consortium she works to organize effective partnerships and innovative projects. Its mission is to amplify independent media’s voice, increase its collective clout, leverage current audiences and reach new ones and seize the current moment to change the debate in this country. Van Slyke is a frequent writer, commentator and consultant on the future of journalism, the use of social media, and the impact of progressive media. In 2009, she commissioned and edited “The Big Thaw: Charting a New Course for Journalism” an influential report that details implications of current and future market trends on journalism and business models and lays out key recommendations for independent media.

Van Slyke is the former publisher of In These Times magazine, a national, award-winning monthly magazine of progressive news, analysis and cultural reporting. In 2005 and 2006, she and Clark co-authored landmark articles on strengthening the progressive media landscape including, “Making Connections: Why is the news so bad? What can progressives do to fix it?” and “Welcome to the Media Revolution: How today’s media makers are shaping tomorrow’s news.”