Will corporate media become journalism? Or just resemble it? 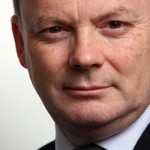 Richard Sambrook, head of BBC Global News since 2004, is saying goodbye to one of the world’s most influential jobs in journalism, and hello to, what should I say – the murky, spin-meisterly, lucrative? – world of public relations. Or should that be creative, innovative and transformational?

On the one hand – yes, and yes, all of the above. He’s announced he’s joining Edelman PR as vice chairman, based in London.

On the other hand – regarding what’s behind him and what’s ahead – we’ll see. We’ll also talk about it at We Media Miami next month, when Richard will join me for a one-on-one conversation during our opening reception there. (Register here.)

Ingrid Lunden of PaidContent got it half right when she noted the significance of his new gig: that big journalism institutions like the BBC are shedding talent, and big companies are gaining it. True enough, but nothing new there – although Sambrook’s seniority and prominence make his hiring a real “get” for Richard Edelman, CEO of the privately-held PR firm.

But there’s a second and equally significant sign of the times in Sambrook’s new role. You need to look at what he’ll be doing: CREATING content.

Sambrook understands, as well as anyone I know, the shifting patterns of news and knowledge. He understands that companies, along with governments, NGOs, sports leagues and virtually all institutions, are becoming media entities in their own right. Edelman, like other global PR firms, is trying to recast itself as a creative and strategic consulting agency for the We Media world – one in which spin, crisis management and distribution of a finely-honed message through journalists and their traditional media outlets are among a much broader menu of communication services on offer, with many others rising in prominence and value, like word of mouth marketing, manufacture and monitoring of buzz, and design-and-production of cutting-edge digital content for distribution, sharing and discussion anywhere.

Sambrook will be Edelman’s chief content officer, overseeing creation of multimedia for Edelman clients – for distribution across any and all platforms. He explained the move in his blog:

Some people will be surprised that a journalist who has stuck his neck out on many occasions for the independence of news media has joined a PR company. It misses the point. Edelman are redefining corporate communications and growing fast. As digital media explodes traditional channels, they are exploiting the new opportunities that are opening up.

Readers of PRWeek debated whether hiring a top-notch journalist was good for the PR business, or just window-dressing to impress clients and help them meet more journalists, to which Sambrook’s new boss at Edelman, David Brain, replied, “He’s been hired to help us move into a new area…one of content. The skills required for that are journalistic and editorial.”

Given Sambrook’s background and prominence as a journalist, this leads to some obvious questions, or maybe some unfair burdens for someone who’s simply looking for a new creative challenge with new people. Will those branded content experiences he helps produce for Edelman and its clients be trusted by anyone other than the clients? Will their values and point of view be transparent? Will they inform us – and help us make informed decisions? Will they be journalistic? Or will they simply be, at best, entertaining, slick and well done? We’ll see – and talk about it with Richard in Miami.