Nine finalists will present their ideas for new ventures at the We Media NYC conference on April 6, 2011. A panel of judges will select two winners – and each will receive $25,000 and access to a network of mentors to help them launch. Longshot Media is one of the finalists. To register for the conference, click here. 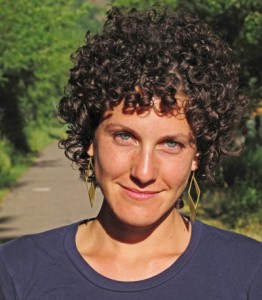 Sarah Rich – Founder and Executive Editor
Sarah Rich is writer, editor and new media entrepreneur. She is a co-founder and editor of the Knight-Batten award winning Longshot Magazine and curator of the international conversation series, Foodprint Project.

Sarah is a former senior editor at Dwell and former managing editor of Worldchanging, the award-winning online publication focused on solutions for a sustainable future, where she co-authored and edited the bestselling book, Worldchanging: A User’s Guide for the 21st Century (Abrams, 2006). She is also the founding managing editor and current senior editor of Inhabitat, one of the most widely read websites on sustainable design and architecture.

Sarah received her BA from Stanford University in Cultural and Social Anthropology and began her professional life in the world of food. She worked as a food justice community advocate, a television production assistant for the Food Network, and a chef at the Berkeley Art Museum café. She is a founding editor of Civil Eats, a nationally-recognized website about farm and food policy, and writes a regular column about urban farming for Edible San Francisco.

Her work has been published in Wired, Gourmet, BusinessWeek, The Globe & Mail, Huffington Post, Creative Review, The Bold Italic and elsewhere. She has lectured in Brazil, India, the United Arab Emirates, and throughout North America, and has been a new media and sustainability expert commentator on NPR, BBC World Service, and Current TV. She serves on the board of directors for Project H, a non-profit organization working to promote humanitarian design, and Ambidextrous, the quarterly journal of the Stanford University Design School. 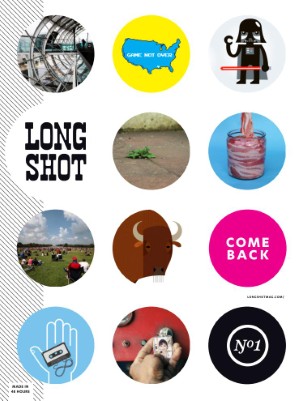 The idea – what is it?
Longshot Media is a hybrid media company that harnesses the tools of the Web and social media to create a print magazine. Longshot Media manages interactive, content-driven online campaigns to gather compelling stories, both written and visual, from a community—be it the residents of a single city, the survivors of a world-changing event, or a consumer market with a shared affinity. Then our team transforms that content into a visually stunning, smartly edited magazine, produced using print-on-demand technology.

The business case for the idea. What problem is it solving?
Speculation about the future of media, both in print and online, forms a constant refrain in today’s cultural discourse. We’re long on problems and short on solutions, and there’s far more talk than action as we try to find that magic bullet.

Longshot is a platform for action, experimentation and discovery at a time when the future of media is an open question. It is a low-risk, high-return method for catalyzing publishers, journalists, corporations and the public to find out what works, and create a high-quality, marketable media product in the process. While Longshot is not designed to be the magic bullet, it is a problem-solving tool in itself—a means of constructive exploration for an industry at a crossroads.

How is your idea a useful solution to the problem?
In a sense, Longshot is solving the problem of media paralysis, bringing a collaborative, active, open and nimble editorial engine to an industry that is stymied by legacy practices and daunted by unfamiliar tools. It is also a powerful engagement tool, inviting more smart, creative minds to take up the challenge of shaping the media future.

What’s the big innovation?
Unlike other “new media” experiments, Longshot is unique in that it does not reject “old media” but finds ways to draw the relevant and valuable aspects of the print magazine industry into a new model that revolves around cutting-edge digital tools. By hybridizing old and new, we create a spirit of inclusion that inspires people on both sides of the digital divide.

The other innovation is simply the speed, agility and flexibility of the process. With a 48-hour time constraint and a rotating staff of highly qualified editors and designers, Longshot is able to produce award-winning magazines with a profoundly low investment of time and money compared to traditional publishing. This is what makes radical experimentation possible, and also enables us to create ultra-current content.

The unique added benefit here is that while the active process of magazine creation is rapid and limited, the experience itself is a great driver of community engagement. For any company, from Nike to Hearst to a small start-up looking to build their market base, Longshot is a dynamic way to rally people around a participatory experience for a brief, exciting moment, and in doing so, naturally create a lasting affinity for the brand or company that made the project possible. Community engagement through social networks before, during, and perhaps most importantly after participating in a Longshot magazine event is above average and sustained.

How did you come up with the idea?
The idea for Longshot emerged out of a conversation about the future of journalism and the potential for print-on-demand production to change the nature of publishing.

Can you pull this off? What background, skills, network are you bringing to the project?
We have produced two successful issues and are in advanced talks about another iteration, this time with a creative partner and corporate sponsorship. Our first issue generated tremendous publicity and broke sales records for our publisher (MagCloud) within two days of its release. It also won the Knight-Batten Award for Innovation in Journalism 2010.

David Carr of the New York Times called it “a remarkable artifact, a testament to the proposition that even the most wired cohort of journalists in the country retains a fetish for the printed product.”

MediaBistro called it “a triumph of digital technology and creativity over the bloated and outdated modes of print publishing.”

What’s the current status?
We have not raised any funding outside of the small amount of revenue we have pulled in on sales of the first who issues. We have two prototypes, the more recent of which can be purchased as a print or digital edition at MagCloud and can be seen in part at http://one.longshotmag.com.

Our creative partners and collaborators are numerous and hail from the top magazines and online publishing ventures in the country, including Wired, GOOD, The Atlantic, New York Times, The New Yorker, Dwell, PBS, and countless others.

How will it earn money/be sustained?
Depending on the partners and communities with whom we work, our revenue models will vary. For commercial partners, the magazine can be supported through a flat fee for service or a fee paired with a scaling payment in accordance with the number of issues sold. For partners in the start-up or non-profit arenas, a sponsor can be sought to underwrite the cost of production or a micro-funding or fundraising model can support production, supplemented by sales of the magazine itself.

Market overview, competitive analysis
Some of the best examples of media properties producing community-generated, curated content include Pictory and Food52, which present photography and recipes, and both use the Web as their medium. Everywhere Magazine and the defunct JPG Magazine are both examples of print magazines that utilize crowdsourced content. To our knowledge, no model exists that is similar to the Longshot Media model. We are unique in that we hybridize digital and print platforms, taking the best of both and making something unprecedented through the combination of the two. We are also uniquely equipped, through our understanding and reach within the social media ecosystem, to open access points that generate diverse, intelligent, high-quality content. Finally, our editorial approach is broadly cultural and our team us multi-disciplinary, meaning we can produce magazines on a range of topics and in various geographic regions with a consistently high level of integrity.

Financial/budget overview
In order to build a consistent foundation for Longshot Media, we would be looking to invest in the development of a third issue that would set the stage for ongoing editions that focus on different themes and include different communities within a consistent brand framework. We would also build out a Longshot Media website that presents the work and services of the business. The initial $25,000 breaks down fairly simply for this:
• $10K to design, identity development, page templates, web development
• $6-8K for editorial development, content distribution planning
• Remaining funds for the printing of a run of copies that could be utilized to market the magazine, rather than relying entirely upon individual print-on-demand sales. At approximately $10 per issue (without a markup), we could print 750-1000 copies of the magazine to use as a launchpad for getting the magazine into the market.

If you win the challenge, how will you use the $25,000 to help you go further?
See above for details on budget. The initial investment would permit us to invest some time and intention into the development of design and editorial vision that could carry us through as a consistent platform on which to experiment with varying content types, community makeups, and marketing strategies.

Final words: How will this investment impact the project?
This investment would enable us to turn Longshot Media from a creative side project into a viable startup business, and to pursue some of the longterm visions for publication development that have been in our minds but dormant while we continue to support ourselves through other journalistic means. This would enable Longshot to become an ongoing, steady engine for exploring the future of media.